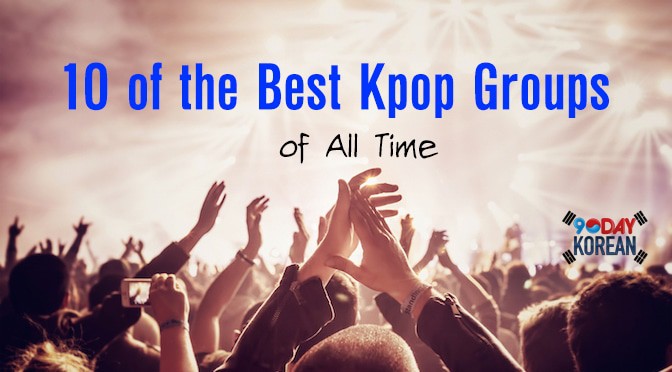 Curious about K-Pop?We’ve compiled a list of some of the best K-Pop groups of all time for you to get a taste for what the hype is all about. Check out some of the bands below, and be sure to let us know what you think in the comments section!

As you embark on your journey to learn to speak Korean, you’re probably going to become interested in exploring different aspects of Korean popular culture. That’s half the fun of learning a new language, right? KPop is undoubtedly going to be one of the first aspects of Korean popular culture that you run into – short for South Korean pop music, KPop has quickly become a worldwide phenomenon that is celebrated (and danced to) all over the world.You don’t have to speak Korean to enjoy KPop, but learning Korean words and phrases makes listening to the songs that much more fun – all of a sudden you start to enjoy the music and understand what the songs are saying! That’s why we recommend learning Korean with KPop as a great way to make learning interesting. n.Can’t read Korean yet? Click here to learn for free in about 60 minutes!1. Girls’ Generation 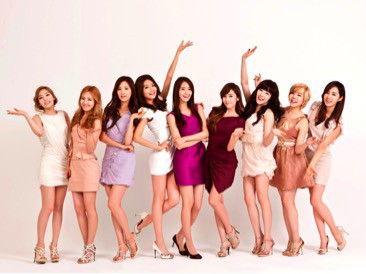 Source: http://www.wikipedia.comGirls’ Generation is an eight-member all-girl band backed by S.M. Entertainment. Taking Korea by storm since 2007, the group became mega-successful in 2009 with their song “Gee,” which was a chart-topper for over two months and was named the best song of the 2000s decade. Girls’ Generation is best known for their cross-cultural appeal (they signed with a Japanese label in 2010 to make their music more accessible to Japanese listeners) and their own special brand of bubblegum pop. Watch their music video for “I Got a Boy” to get a feel for this award-winning group that you won’t want to miss!2. Super Junior 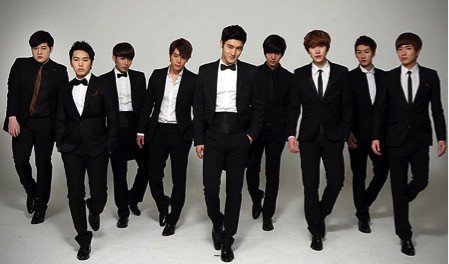 Source: ensembles aren’t the only type of popular KPop group out there – Super Junior is a prime example of a Korean boy band that is making waves in the KPop scene. Fluctuating between twelve and thirteen members, Super Junior occasionally breaks into smaller subgroups in order to make music that is tailored to a variety of audiences. Check out their single “Sorry, Sorry” – the hit song is the band’s best-selling single, and definitely something that you can dance around to!3. Wonder Girls 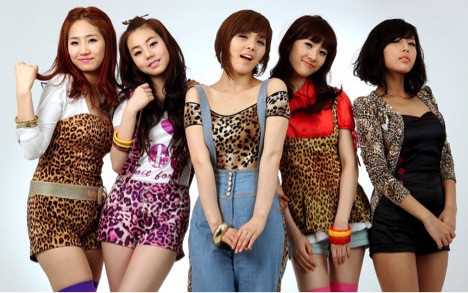 Source: Girls are a four-piece girl group that had an interesting start to their music career – their first big performance feat was joining the Jonas Brothers on tour and performing a version of their first hit single “Nobody” in English. This song launched the girls into international markets as it rose on the Billboard Hot 100. Wonder Girls have also made an effort to appeal to Chinese and Japanese audiences so that even more listeners can join in on the fun! Listen to “Nobody” and you’ll quickly realize why Wonder Girls were the first South Korean group to skyrocket into the Billboard Hot 100.4. 2NE1 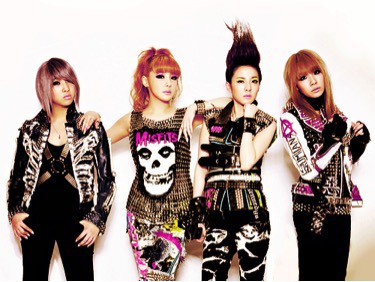 Source: – pronounced twenty-one or to anyone, depending on who you ask – first made a splash in the KPop scene with a song that they wrote for an LG advertising campaign, making their music instantly accessible to millions. This all-girl quartet have already received multiple “Song of the Year” awards and have been very well-received by critics, making them one of the best Kpop groups performing today. Check out “I Am the Best” or “I Don’t Care” – these two songs are the award-winners that really began to gain the group critical acclaim, and they’re definitely fun to listen to!5. Shinee 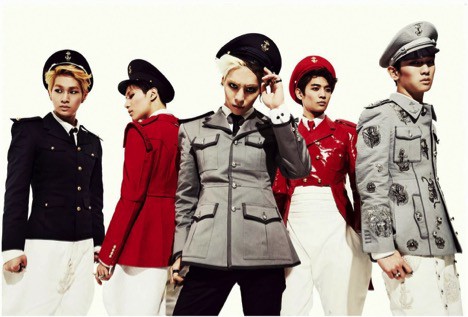 Source: is an all-boy group that has been releasing music in Korean and Japanese markets since 2008. Though their music is undeniably catchy, they are best known for being fashion pioneers and starting trends with their intricate performance outfits as well as their intense, rhythmic dance routines. Because they’re famous for multiple reasons – singing, dancing, and being all-around stylish – it’s no surprise that Shinee has created their own reality show and won a slew of impressive awards. I recommend listening to “Replay,” the single that began the Shinee craze. Be warned — I guarantee you’ll feel like listening to it more than once!6. T-ara 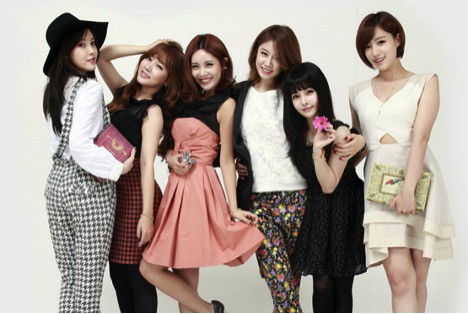 Source: don’t make a great Kpop group overnight. T-ara is well-aware of this reality – the ladies of T-ara trained together for three years before they got their start! T-ara got their start releasing music for the soundtrack of the drama Cinderella Man, and they quickly progressed to producing award-winning singles like “Roly-Poly,” which became a top song on the 2001 charts. Give “Roly-Poly” a listen and you’ll hear what three years of perfecting the art of KPop sounds like!7. Big Bang 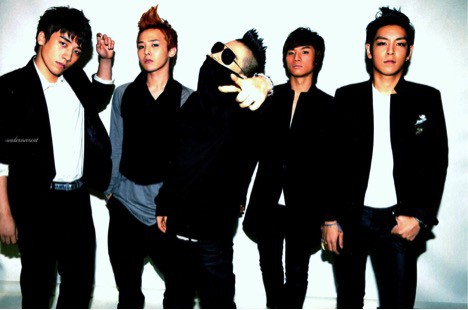 Source: Bang is best known for their unique blend of KPop and hip-hop. An all-boy group formed in 2006, Big Bang are veterans of the KPop scene and have won multiple awards at Japan’s MTV Video Awards and a popular Korean music festival called Mnet. Several of the members have branched out and released solo albums, allowing them to explore their own musical goals as well as releasing music with Big Bang. Checkout their breakout single “Lies” and you’ll understand why this group is known as Korea’s national boy band!8. Kara 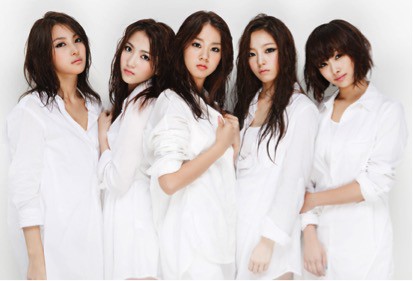 Source: is another Kpop group that has been around the block, so to speak – the band originally got together in 2007, and the all-girl group chose a name indicative of a Greek word that means “sweet melody.” Kara got off to a bit of a rocky start – their first album, The First Blooming, was not well-received by critics or fans. However, the group acquired some new members and released Rock U, an album with a much more polished R&B sound. Kara is now one of the best-known Kpop groups in Korea – get a feel for their unique blend of sounds by listening to their first number one single, “Honey”!9. 2PM 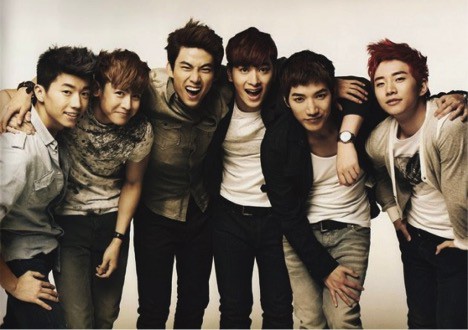 Source: is a critically-acclaimed boy band that split off from a larger group called One Day – another group, 2AM contains the remaining members of the original group. 2PM’s music is undeniably impressive, but even more impressive is their dance techniques that incorporate acrobatic moves that leave audience members shocked and begging for more. Check out the music video for their single “Go Crazy” and see for yourself how this band can move!10. EXO 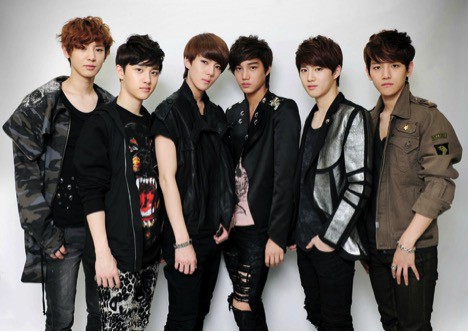 Source: is on a mission to make their music accessible to as many people as possible – they are so dedicated to this mission that the group splits into two subgroups, EXO-M and EXO-K, with the “m” and the “k” standing for Mandarin and Korean, respectively. This technique allows the group to focus on Chinese and Korean audience, which means speakers of Mandarin can be part of the KPop sensation as well! Check out EXO’s 2013 hit single “Growl” and you’ll see why this twelve-member group is not your average boy-band.Is there a band that you believe should be considered one of the best KPop groups of all time that we’ve overlooked? Let us know what you think in the comments below!